Homes Of Heights Bridges Over 59 in Montrose

Bridges Over 59 in Montrose The bridges lights in Montrose are not what they used to be a few years ago.

It is sad to see that nowadays the bridge lights are not as bright as they used to be.

Houstonians have commented on social media that these lights should be turned off. This, because in their opinion they no longer represent an attractive urban beauty.

On the contrary, many comment on the different platforms that it is very sad to see how the lights are neglected.

During the year 2018 the lights were turned on again thanks to donations from citizens. However, it is speculated that it was only because of the arrival of the super bowl in that year.

the programmable LED lights came back on, shining over the arches that span the Southwest Freeway, powered by a public charity fund the district set up to collect donations for the overdue bills.

Today, in 2022, the lights don’t usually look like they used to.

What do you think the authorities should do about the bridges? 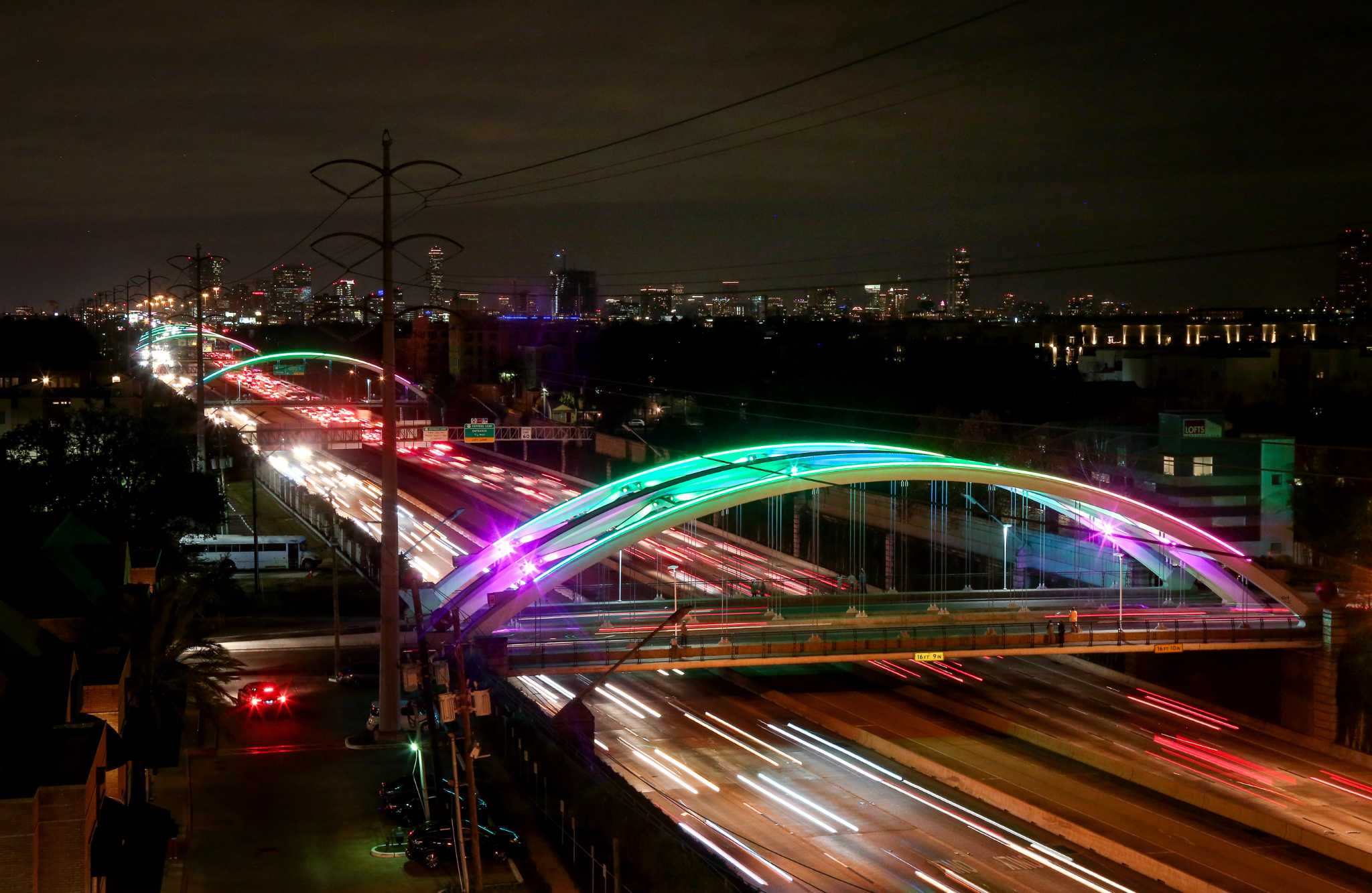 Some comments on social networks read

”When they were first installed, my friends and I noticed that the control boxes were not yet closed on a walk around the neighborhood. We had a blast turning them on and adjusting the screen colors for a couple of nights up and down the entire stretch of 59th St. We felt so empowered! It’s sad that this happened. I can imagine the person who designed them cringing in pain every time they see them.”

”Everyone call 311 and report it. I did it for a pothole and they fixed it in two days.”

His biggest mistake was not having a long-term plan for the lights. It was just something for the Super Bowl. In my opinion, they should have implemented a more durable and simpler system that, in the long run, would require less maintenance. Fewer lights in key areas and maybe a single color installation. Sure, you can’t make it festive and change it throughout the year…but they could at least keep the lights on. They’ve gone overboard with the lights and the computers needed to control them: …. money wasted”. Houston vs. Austin. Vitality capital vs. music capital. H-Town vs. ATX. Both...
Continue reading
by Jimz